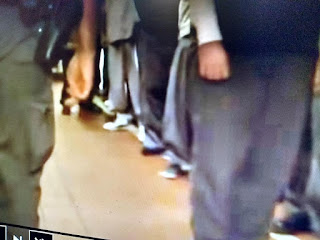 If words mean what they're supposed to mean, then back in the day the police around the country just snatched innocent citizens out their sleeping beds and threw them in jail.  Block after block people were arrested like it was the Macy's Day parade.

Yet, the term is thrown around by deceitful leftists.  Why?  Because progressives lie about everything.  The  reason people are in prison is because they earned the right to be there by committing crimes.  It's as simple as that.  The real victims are not the criminals.  It's the folks they preyed upon, murdered, raped or stole from.