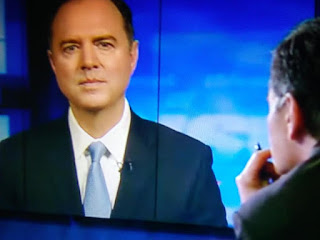 Daily Mail reports a second intelligence official is weighing up whether to file a formal whistleblower complaint about President Trump's dealings with Ukraine, The New York Times reports.

The newspaper's bombshell report was published Friday night, with the claims coming from two inside people who have been briefed on the matter.

The pair say the official has more direct information about Trump's dealings with the Ukraine than the first whistleblower, whose complaint kick-started the current impeachment investigation.
The first whistleblower - known to be a CIA agent - lodged a formal complaint with Intelligence Community Inspector General Michael Atkinson on August 12 regarding Trump's July 25 phone call with Ukrainian President Volodymyr Zelensky.