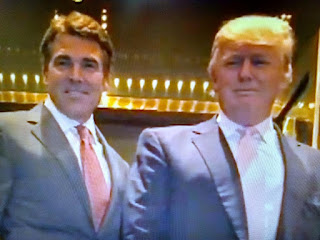 I never use Axios as a source for stories because they are as trustworthy as CNN.
In fact, this is not news reporting.  It's just gossip passing itself as journalism.  So this this with a grain of salt.

Axios reported that Trump made the claim during a conference call with House Republicans on Friday. Sources told the news site that Perry urged him to make the call.

According to the sources, Trump continued to beat the drum about how 'perfect' his call with Zelensky was and that he hadn't done anything wrong during the call.