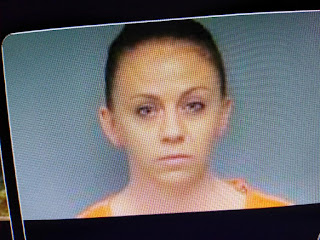 I hope they don't set her up.

CNN reports the former Dallas police officer sentenced to 10 years in prison for the murder of her neighbor will be housed in the same prison as the woman who killed Grammy Award winning singer Selena.

Amber Guyger, 31, will be housed at the Mountain View facility in Texas, according to Texas Department of Criminal Justice spokesman Robert Hurst.