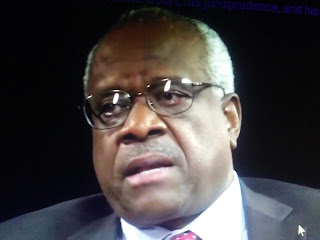 Rueters reports the U.S. Supreme Court kicked off its new nine-month term with a flurry of activity on Monday, hearing arguments in three cases including one involving the insanity defense and rejecting numerous business-related appeals that piled up over the summer.
FILE PHOTO: Crowds line up outside the Supreme Court as it resumes oral arguments at the start of its new term in Washington, U.S., October 7, 2019. REUTERS/Mary F. Calvert/File Photo

Justice Clarence Thomas, 71, was absent due to illness. Thomas likely has the flu, a court spokeswoman said. One of the nine-member court’s most conservative members, Thomas has served since 1991 and is its longest-serving justice.