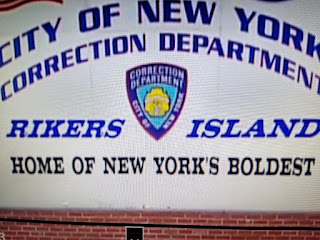 So the city council who voted to make New Yorkers less safe by putting dangerous criminals on the streets are not living by the new jails they want to build.


Not in their backyards!

The four City Council members whose districts are set to host controversial new jails each live more than a mile away from where the new lockups will be built, The Post has learned.

All four voted last week in favor of Mayor Bill de Blasio’s $8.7 billion plan to replace Rikers Island with smaller slammers in Manhattan, Brooklyn, The Bronx and Queens, but won’t have to deal with having them nearby.

One lawmaker — Councilwoman Diana Ayala (D–Manhattan, The Bronx) — even has the Harlem River separating her East Harlem apartment from the 19-story pokey that de Blasio wants to put on an NYPD tow pound in the South Bronx.