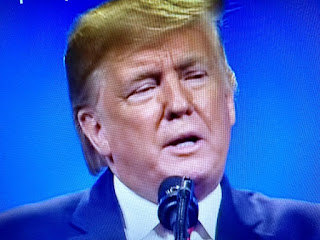 Trump is right!  I've written about this for years.  There's a shooting massacre in Chicago EVERY weekend.
But, since the victims are Black and Latino, White Chicago is safe  and nothing is done to stop the carnage.  And electing a black lesbian as mayor hasn't stopped the bullets from flying one bit.

AOL News reports President Trump used his first trip to Chicago as president to publicly disparage the city and its police chief, who had boycotted his appearance.

“It’s embarrassing to us as a nation, all over the world they’re talking about Chicago,” Trump said Monday in a speech at the International Association of Chiefs of Police Annual Conference. “Afghanistan is a safe place by comparison.”

Before the event, Chicago Police Superintendent Eddie Johnson told reporters that he would not attend Trump’s speech in protest of what he called the president’s “racial insults.”

“I can’t in good conscience stand by while racial insults and hatred are cast from the Oval Office or Chicago is held hostage because of our views on new Americans,” Johnson said.