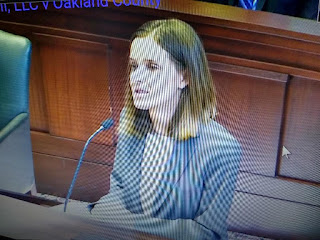 This story hits home with me because just this week I received a letter from NYC Dept of Finance over property taxes I owe and threatening to take away my jpuse .
A month doesn't go by without NYC getting a check from me for my property taxes.  So, I was enraged when I got that notice.  However, in the state of Michigan, this poor guy got his house seized over a lousy $8?

Fox News reports in August 2011, Uri Rafaeli bought a three-bedroom, 1,500-square-foot home in the Detroit suburb of Southfield, Mich., for $60,000. He converted the fixer-upper into a rental property.

Two-and-a-half years later – and at the time unbeknownst to the retired engineer – Oakland County seized his property, put it up for auction and sold the house for $24,500. All this, after a mistake in calculating his property taxes left Rafaeli’s account delinquent by just $8.41. Oakland County ended up keeping all of the $24,500 from the sale, while Rafaeli, now 83, was left without the home and the income he made from renting it.

Rafaeli’s stunning case, which is at the heart of a legal battle currently being considered before Michigan’s Supreme Court, is an extreme example. Yet it is hardly unique: more than 100,000 homeowners in the state have fallen victim to an aggressive property tax law that legislators in Lansing passed two decades ago. Similar statutes have been passed in more than a dozen other states.