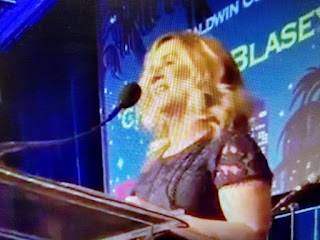 This is what the left does.  They give each other awards to project legitimacy.
But, Ford is just as much a fraud as Al Sharpton and Brian Williams.

NY Post reports in a rare public appearance to pick up an award, the woman who accused U.S. Supreme Court Justice Brett Kavanaugh of sexual assault says she had a responsibility to come forward, NBC News reports.

Christine Blasey Ford, a psychology professor at Palo Alto University in California, spoke Sunday after she accepted the Rodger Baldwin Courage Award from the ACLU of Southern California in Beverly Hills.

She said: “When I came forward last September, I did not feel courageous. I was simply doing my duty as a citizen. I understood that not everyone would welcome my information, and I was prepared for a variety of outcomes, including being dismissed.”