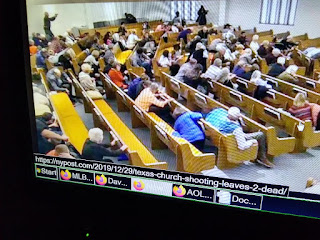 This is very freighting!

NY Post reports two people were killed and another critically injured in a shooting at a Texas church Sunday, according to a report.

The shooter was among the dead, authorities said.

The incident occurred just before 10 a.m. during a service at the West Freeway Church of Christ in White Settlement, a suburb of Fort Worth, CNN reported.