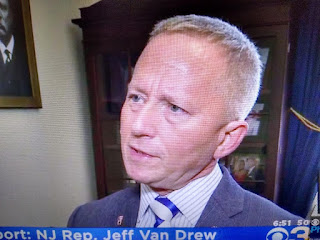 That speaks volumes of what impeaching this president really means.
Who know?  Maybe this may start a trend?

AOL News reports a Democratic congressman from a swing district in southern New Jersey — who has been outspoken in his opposition to President Donald Trump's impeachment — is likely to leave the party, sources told NBC News on Saturday.

Two Democratic leadership sources said they expect Rep. Jeff Van Drew to change his registration to Republican in the wake of his stance against the House Democratic-led efforts to impeach Trump.

Van Drew did not immediately return a request for comment from NBC News.