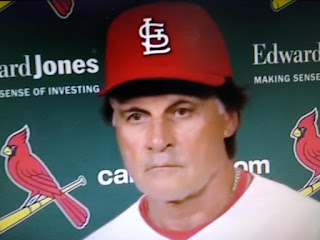 Stealing signs is as old as the game itself.  Some do it better than others.
But, if the sports media is gonna get their panties in a punch, they better wake up to it's part of the game--period!

Jack McDowell, who pitched for the White Sox from 1987 to 1994, told WFNZ radio’s “The Mac Attack” about the system La Russa allegedly set up.

“We had a system in the old Comiskey Park in the late 1980s,” McDowell said. “The Gatorade sign out in center had a light; there was a toggle switch in the manager's office and [a] camera zoomed in on the catche

“I'm gonna whistle-blow this now because I'm getting tired of this crap. There was that -- Tony La Russa is the one who put it in. ... He's still in the game making half a million, you know? No one is going to go after that. It's just, this stuff is getting old where they target certain guys and let other people off the hook.
More here