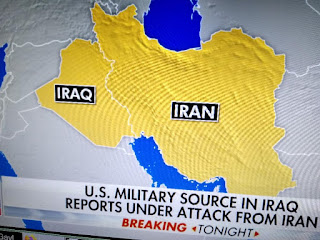 Fox News reports missiles were fired early Wednesday in multiple locations across Iraq, a senior U.S. military source in the country told Fox News, describing it as a series of attacks on U.S. forces from Iran

The source told Fox News' Jennifer Griffin: "Under missile attack from Iran. These are either cruise missiles or short-range ballistic missiles. All over the country." The missiles struck near Al Assad Air Base in Anbar among other locations; the air base houses U.S. troops.