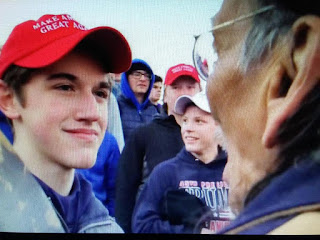 Good for, Nick!
I hope the MSM learns a vey painful lesson to do their homework before writing a bunch of garbage.

Wood is famous for winning defamation suits. He’s who you’d want if you were in the shoes of the Sandmann family. They wanted their son’s name cleared and restored to good standing after the media and others blamed him for an incident that happened at the foot of the Lincoln Memorial. The media twisted the truth from the beginning, but eventually, several videos proved the students were actually the victims and not the protagonists of the altercation.