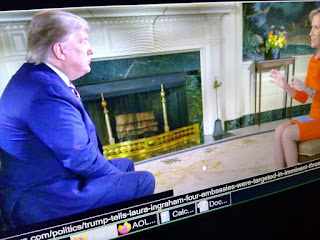 The United States had every right in the world to kill Gen. Qasem Soleimani!
He was the mastermind in killing 600 hundred of our soldiers.  That's enough for me.

Asked specifically what was targeted, Trump revealed: “We will tell you that probably it was going to be the embassy in Baghdad.”

Pressed on whether large-scale attacks were planned for other embassies, the president said: “I can reveal that I believe it probably would’ve been four embassies.”

The full interview with the president will air Friday night at 10 p.m. ET on Fox News' “The Ingraham Angle