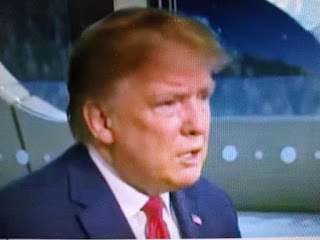 It's funny in the aftermath of DOJ-CIA spying of the Trump campaign, what never gets said, even in the alternative media, is how President Obama is ground zero.
And in my opinion, it's all because he's black!  But, it's the God's honest truth and Obama has to live with it to his grave.

Gateway Pundit reports President Donald Trump sat down with Maria Bartiromo this week during his travel to Davos, Switzerland.

Bartiromo ran the interview on Sunday Morning Futures this weekend.

During their conversation President Trump accused Obama of illegal spying on his campaign.