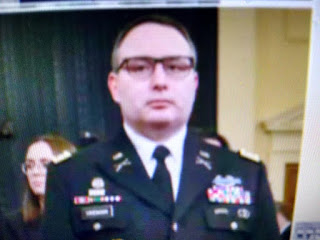 This clown actually thought he was in charge of foreign policy.  They should send his butt to Alaska for the rest of his career.

Fox News reports Lt. Col. Alexander Vindman, who made waves as a witness during the Trump impeachment proceedings, was fired Friday by the National Security Council and escorted off of the White House grounds, Fox News has confirmed.

Vindman was on detail to the National Security Council from the Department of Defense, and it is expected he will return there. It comes just two days after President Trump was acquitted in the Senate on the impeachment charges brought by the House last year over his dealings with Ukraine