Joy Reid Guest: Fox News Has Been 'Getting People Killed for Years They are a cancer to this country!' 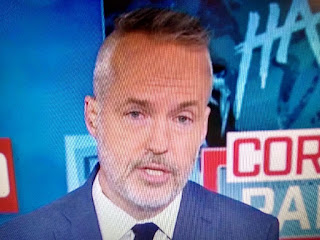 Although Fox News ain't what is used to be, to suggest they're killing their viewers is the height of absurdity.

News Busters reports people who don't buy into the left's big-government healthcare schemes are literally . . . killers! That was the essence of an accusation made by Eric Boehlert, a guest on Joy Reid's MSNBC show today.

Reid quoted to Boehlert from a Washington Post column that suggested that Rupert Murdoch should force Fox News to "tell the truth" about coronavirus, and also use his influence with President Trump on the matter.

When Reid asked whether there was a possibility that Murdoch would do such things, Boehlert replied:

"Anyone waiting for Rupert Murdoch to do the honorable thing is going to wait a very, very long time . . . Fox News has been getting people killed for years . . . They are a cancer on this country."