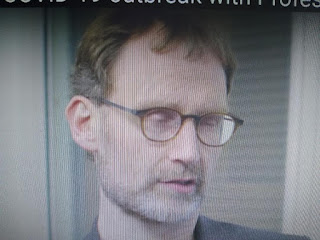 New York Governor Andrew Cuomo used this false prediction to warn New Yorkers and sent many into a panic.

Trending Politics reports just a few weeks ago, British Epidemiologist Neil Ferguson published a viral "study" that predicted several million people would die from the Chinese Coronavirus, but he is now making a stunning reversal.

His findings went viral a few weeks ago, which threw the whole world into a panic. However, Ferguson is now walking back his claims, saying that the predicted death rate will be much lower than initially believed.

1/ This is a remarkable turn from Neil Ferguson, who led the @imperialcollege authors who warned of 500,000 UK deaths - and who has now himself tested positive for #COVID; https://t.co/AfEeePbZL1
— Alex Berenson (@AlexBerenson) March 26, 2020