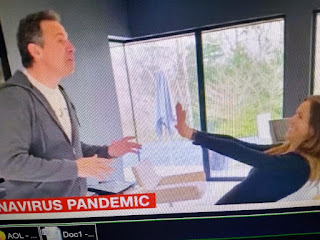 CNN is a laughingstock!
It's poor ratings is all the evidence that pretty much tells the tale that Americans have tuned them out.  CNN is not a news organization.  They're liberal activists masquerading as journalists.  Don't be fooled!

WND reports if CNN can’t air the truth about its own employees, how does it expect Americans to believe its words about President Donald Trump?
Even at a time when mainstream media outlets seem to be competing with each other over which can be the most savagely anti-Trump, CNN stands out.
And when CNN’s own on-air personalities try to outdo each other in attacking the president’s honesty, Chris Cuomo is one of the most outspoken of the bunch.
So it's all the more noteworthy that when the “Cuomo Prime Time” host -- who has allegedly been self-isolating after testing positive for the coronavirus -- took to the air Monday with a recounting of the end to his self-imposed quarantine, he did it with dishonesty that was evident for all the world to see.

Here's the very moment @ChrisCuomo emerged from his basement, where he's been riding out coronavirus for the last several weeks. pic.twitter.com/tugkXCGZD7
— Cuomo Prime Time (@CuomoPrimeTime) April 21, 2020