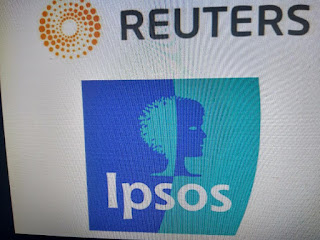 These fake new polls issued by the mainstream media are a deception.
They don’t reflect the opinions of a majority of the American people.  Folks know the games the MSM plays.  It doesn't work anymore.

AOL News reports a bipartisan majority of Americans said they want to continue to shelter in place to protect themselves from the coronavirus, despite the impact to the economy, according to a Reuters/Ipsos opinion poll that also showed a decline in approval of Trump's response to the pandemic.

The poll, released Tuesday, suggested that only a minority of Americans agree with the recent flare-up of protests against social-distancing initiatives. Their numbers have been growing over the past few weeks, however, mostly among Republicans.