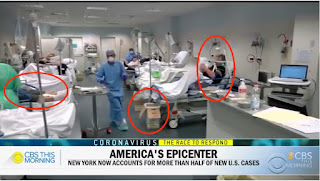 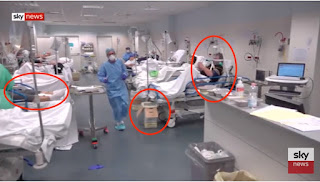 How many times does the mainstream media get to mislead their viewers?
Pretty much all the time and it's become a standard practice.  Is it a wonder why nobody trout them anymore?


100 Percent Fed Up reports last week, CBS This Morning featured New York’s Democrat Governor Cuomo in a segment where he talked about the dire situation in New York hospitals. To add to the drama, CBS featured a video showing what the viewers believed was a New York hospital room packed with patients suffering from complications related to the coronavirus.

The only problem is the video footage that CBS This Morning used in their segment with Governor Cuomo, where he falsely complained about the lack of support from the federal government, first appeared on Sky News 3 days earlier and was actually filmed in a hospital in Italy.