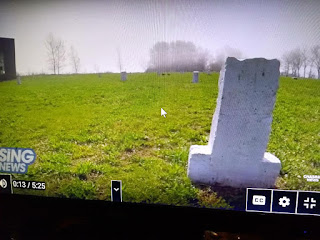 It is my opinion these coronavirus deaths are contrived by the mainstream media.
It's a bunch of hype considering deaths are being listed as Covid-19 instead of underlying causes that would have most likely killd these victims anyway. The normal New York State mortality is 425 deaths per day.  Keep that number in mind in any discussion about deaths per day.


NY Post reports some coronavirus victims could be temporarily buried in the Hart Island potter’s field — or even public parks — if New York’s morgues become overwhelmed by the number of dead, officials said Monday.

They floated the heart-wrenching option as the city death toll climbed to 2,738 and the caseload hit 68,776 — accounting for more than half of the Empire State’s 4,758 fatalities and 130,689 cases.

“We may well be dealing with temporary burials so we can deal with each family later,” said Mayor de Blasio in a press briefing at the Brooklyn Navy Yard. “Obviously the place we have used historically is Hart Island.”