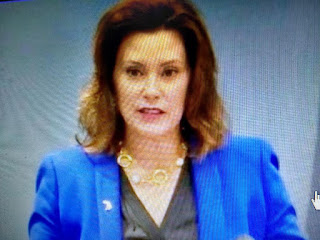 The banning of seeds is a huge red flag!
That's what Mao Zedong did when he took control over China.  If people cannot grow their own food, they become less self self-sufficient and become dependent on government.  It's classic communism!

Geller Report reports the Petition to Recall Michigan Governor Gretchen Whitmer has more than 200,000 signatures. This is the strange silver lining from the Corona panic – Americans see how dangerous the Democrats are and how far they will go to impose and far-left authoritarian control.

In addition to banning the use of Hydroxychloroquine and Chloroquin (despite its efficacy) then reversing herself, Michigan Democratic Governor Gretchen Whitmer’s latest executive order banned home-improvement and gardening items — including fruit and vegetable seeds.