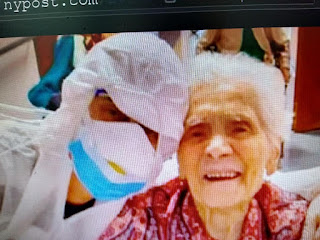 I think this is a tremendous story that can inspire others.
Damn it, if a 104 year old woman can beat this, so can we!


NY Post reports an Italian woman aged 104 has recovered from coronavirus — making her the world’s oldest known survivor, according to a report.

Ada Zanusso tested positive for the potentially deadly bug after falling ill on March in a nursing home in Biella where 20 elderly residents have died, according to The Sun.

Zanusso — who also survived the Spanish flu pandemic of 1918 — has “now recovered well,” one of her four sons, Giampiero, told the UK paper.