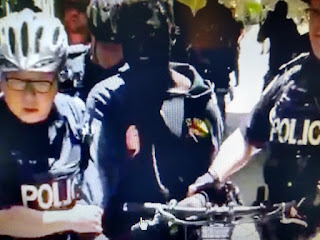 I think this is hilarious!
Maybe he should run for governor of Virginia?

NY Post reports a man was arrested in Toronto Saturday after showing up to an anti-racism protest while wearing blackface.

The man, whose name was not released by officials, was filmed getting into a shouting match with demonstrators after protest organizers asked him to leave.

“You’re f–king disrespectful!” a demonstrator shouts back. “You’re a shame to all who came here.”