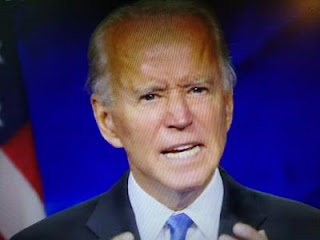 It cannot be underestimated the damage Joe Biden and Democrats have done to police across the country.
Portland is a microcosm of what the United States would be like if Joe Biden ever got elected president.  For over eighty days that city has endured riots, damage to property, and their citizens live in a perpetual state of fear.

Is that what we want nationwide?

After four days of a Democrat convention, none of the speakers and Joe Biden himself did mentioned the havoc and mayhem going on in cities run by Democrats.  What better example is there to behold what a country led by President Joe Biden would look like?

Without security in our states, cities or a local towns, America might as well be Somalia.  That's not who we are and Democrat leadership is unsustainable everywhere it’s tried in New York, Chicago, Seattle, Portland and ever other city run by a Democrat.