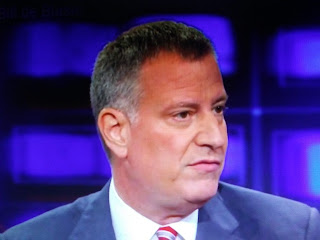 New York City has reverted back to the Bad Old Days of David Dinkins!  Bill de Blasio has destroyed all the good work by Rudy Giuliani an Michael Bloomberg.

There’s no denying it: The city’s in trouble. Big trouble. Mayor de Blasio is now a lame-duck figurehead, with less than 1¹/₂ years left in office. And the crop of candidates looking to replace him is anything but promising.
New York needs fresh blood. So today we’re asking — pleading, actually: Won’t anyone step up and save New York?

COVID, the anti-police rioting and the crime wave have delivered powerful blows to the city. They created terror on the streets, socked businesses, wrecked city finances, crippled schooling — and sent people scurrying for the exits.

Even before the virus hit, pols like de Blasio (with help from Albany) had left Gotham on shaky ground, with “reforms” that ensured more crime, vagrants swamping the streets and a budget that failed to prepare for even a modest downturn, let alone one shut by the bug.

Alas, at the moment, there’s no one on the horizon looking to replace him who’ll offer anything but more of the same. Or worse.