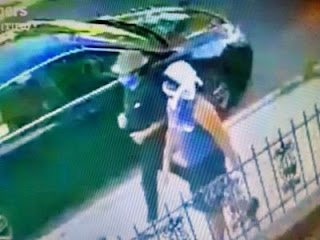 I've been saying for the past few years the New York State legislature should pass new laws making it a class A felony for assaulting seniors with a minimum prison term of 15 years in prison.  That's how a message is sent to treat the elderly with respect.

NY Postreports a 13-year-old has been charged with slapping an elderly woman in the face and setting her shirt on fire, police said Tuesday.

The teen, whose name was not released because he is a minor, was arrested on Friday and charged with third-degree assault, according to the NYPD.
Police say the teen, along with an unknown accomplice, never said a thing to the 89-year-old before attacking her on July 14 near 16th Avenue and 77th Street after she left her Bensonhurst home.