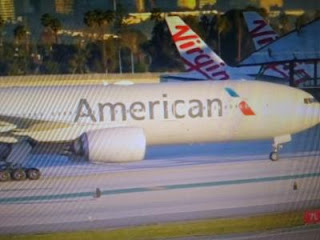 I'm getting kinda sick of major corporations bowing down to a communist organization like Black Lives Matter.

They're such freaking cowards!

Top brass at the nation’s largest commercial jet carrier is facing turbulence from within after it announced that flight attendants are now allowed to wear Black Lives Matter pins on their uniforms while on duty.

The move has irked some of American’s white New York staffers, including those who have spouses or relatives who are cops — because they consider the BLM movement divisive and anti-police, saying it promotes or condones violence.

“I take offense to this,” one veteran flight attendant said in an email to airline management obtained by The Post. “Serious offense. My husband is a LEO (Law Enforcement Officer), as was my deceased father and as far as I’m concerned ALL LIVES MATTER.”