Irresponsible Gov. Cuomo threatens president: Trump ‘better have an army’ to protect him if he comes to NYC 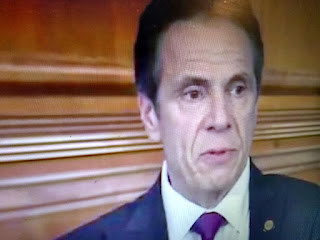 I've been saying for years since this imbecile, Andrew Cuomo, has been I office, to never underestimate his propensity to say something stupid.  This is yet again one of those times.  For a New York governor to say something as inflammatory as this is beyond all reason.  Cuomo is pathetic!

NY Post reports New York Gov. Andrew Cuomo on Wednesday all but threatened President Trump’s safety if he returns to New York City in a rant responding to an exclusive story by The Post that Trump is looking to pull federal funds from “lawless” cities including New York.

Cuomo called an emergency press briefing within a half hour on Wednesday night to tear into Trump for the order, which cites New York’s rising murder rate and defunding of the NYPD.