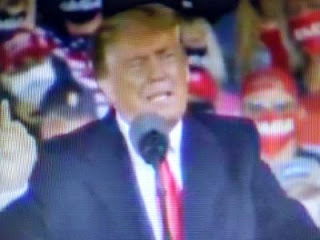 That's right!  Joe Biden biggest claim to fame, the reason he's been in politics for 47 years, is because he the most corrupt in Washington!

President Trump called out the Bidens after bombshell emails revealed Hunter had arranged business deals between Ukrainian officials and his father, then-Vice President Joe Biden. On Wednesday, the President voiced disgust regarding the reported misconduct of Hunter Biden.

He called the Bidens “crooks” and applauded The New York Post for their reporting.

The newspaper revealed Hunter Biden had set up meetings with his father and officials from the Ukrainian energy firm Hunter had worked for at the time, Burisma Holdings.

President @realDonaldTrump: The Hunter Biden emails show that Joe Biden’s repeated claim that he has never spoken to Hunter about his overseas business dealings was a complete and total LIE pic.twitter.com/8eYoPGsJyA