VIDEO-Prelude to tears on Election Night: Whoopi Goldberg Says She’s In a Depression Over Trump And The Election Biden wrote 94 Crime Bill 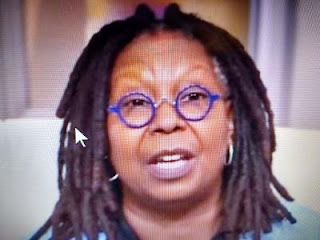 As mainstream media polls show Biden beating Trump by double digits, Democrats know in their heart of hearts it's all bullshit! There's a reason Biden can't draw flies whenever he's in public.  No enthusiasm!  And on top of that, the Black vote is not going to show up because they've insulted by Biden long enough.  "You don't vote for me, you're not Black!" Biden wrote the 1994 Crime Bill that led to mass incarceration of Blacks.  Yeah, Whoopi knows the deal!

Gateway Pundit reports something strange is going on. People in the media are convinced that Joe Biden is going to win the election. They point to all the polls that were wrong in 2016 and cling to the belief that Trump will lose.

Yet they don’t behave like people who believe they are winning.