VIDEO- “You Know It’s From Trump Because There’s Meat on It!” – AWESOME! President Trump Buys HUNDREDS of Pizzas for his Supporters Outside Walter Redd Medical Center 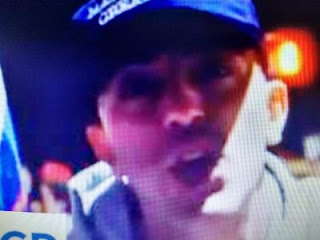 That was a nice gesture by Trump to thank his supporters that came to wish him well.

GatewayPundit reports earlier today President Donald Trump left Walter Reed Hospital in his motorcade for a quick drive by his supporters outside the hospital.

The President waved to supporters from his motorcade.

Later tonight President Trump delivered dozens of pizzas to supporters outside the hospital.
The president sent several pizzas from Dominoes every 45 minutes.

WOW!! President Trump has been buying his supporters pizza every 45 minutes! How generous!! Thank you @realDonaldTrump #WalterReedMedicalCenter pic.twitter.com/R423Y1LROP