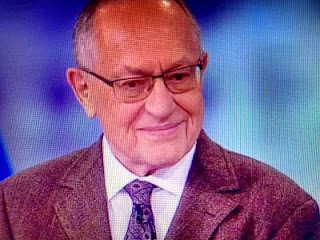 This may shock a lot of people if they think this race is over.

"The strongest lawsuit is the one in Pennsylvania involving the votes by mail that were submitted before the end of election day but weren't received until after election day," Dershowitz told Wednesday's "American Agenda."

"There they have a very good chance of winning in the Supreme Court on the basis of Article II of the Constitution that clearly says that it's the legislature, not the state courts, that decide voting rules. And Pennsylvania used the (state) Supreme Court decision rather than the legislative decision," Dershowitz said.