Eric Adams makes it official: He’s running for mayor of New York City and guarantees New Yorkers to be worse than de Blasio 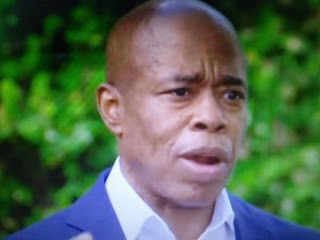 That's pretty much the promise by any Democrat running for mayor of New York.

This party cannot be trusted running this city.  There's ample proof that is the case.

The former NYPD officer, who has already raised nearly $2.6 million for a run he has long been teasing, made the announcement via a virtual event to officially toss his hat into the crowded ring for the 2021 mayoral race.

His campaign will  be focused on appealing to more moderate portions of the party, including predominately black precincts in Central Brooklyn and southeastern Queens, experts say.