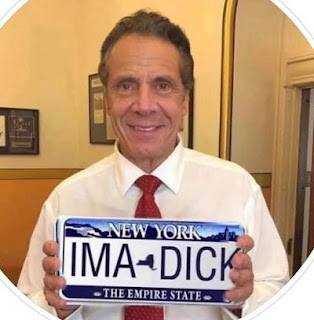 Make no mistake, the very arrogant and tyrannical New York governor got slammed by the Supreme Court

for his unconstitutional executive order that restricts religious groups from going to church,.  The man is out of control and it’s a good thing SCOTUS pins him back a peg.

Cuomo told reporters on a call Thursday that the decision would not affect New York's rules because the area in the case was no longer considered to be a red zone.

"It's irrelevant from any practical impact because the zone that they were talking about has already been moot," he said.