Instagram's 'hottest doctor' called out for partying maskless on boat, So what? Give him an Emmy for living life without fear! 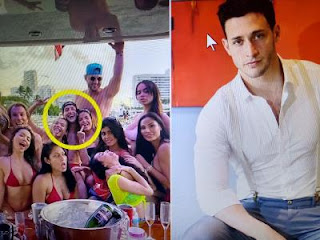 This doctor and everyone else in that photo if they caught Covid today, there's a 99.9% certainly they're going to get over it and live.

That age group, according to data everyone talks about, survive Covid.  It’s the constantly lying mainstreams media, and doctors who have been politicized that have sold the American people nothing but propaganda!  It's time for people to grow up!


NY Post reports a Manhattan-based celebrity physician known as Instagram’s “hottest doctor” was caught partying maskless on a boat in Miami after months of stressing the importance of face coverings to his millions of followers, according to a report Thursday.

Mikhail Varshavski — aka  Dr. Mike — was photographed rubbing elbows with a group of bikini-clad women in Sunset Harbor during his 31st birthday bash, despite also urging the public to social distance during the pandemic, the Daily Mail reported.