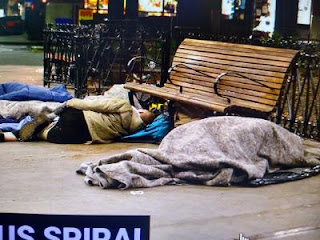 The elites think they know more than anybody else.

But, in reality, they're a bunch of idiots.  When Bill de Blasio became mayor of New York, one of his first acts was to eliminate quality of life laws.  This is the same kind of thing happening in other Demerit run cities.  When quality of life is a non factor, all other aspects of life in a city falls apart really fast.

Fox News reports the city of Seattle may legalize most misdemeanor crimes. This isn’t an exaggeration. It’s arguably not even the most radical idea introduced by the Seattle City Council.

Rather, it’s the latest move by politicians growing increasingly dangerous and aloof to concerns in a city spiraling dangerously out of control.

In the final week of October, the Council used the 2021 budget process to forward an updated plan installing heroin injection sites, replace a specialized police unit tackling homelessness, and lay off more Seattle police, which already has record low staffing. Seeing the writing on the wall, some of the city’s best paid residents are fleeing.