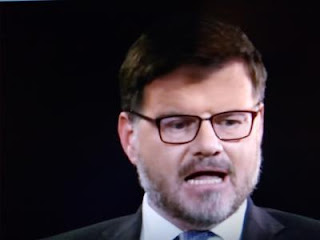 The 75 million plus who voted for Donald Trump didn't do so because he defined conservatism.

No, that wasn't it.  It was his actions as president We The People agreed with.

Trump is a doer, not a talker like Jonah Goldberg.  That's the difference!  Goldberg can talk, give speeches all he wants to his heart's content.  But, when he was needed to fight on social issues he was nowhere to be found while Trump stood and fought.

So, Americans don’t need Jonah Goldberg to define what is or is not conservatism.  We're way past that.  So Goldberg has been rendered irrelevant in the grand scheme of things.  And he may be tickled pink that Trump will no longer be president.  Goldberg's audience will be whittled down to a precious few and it won’t make a hell of a difference.