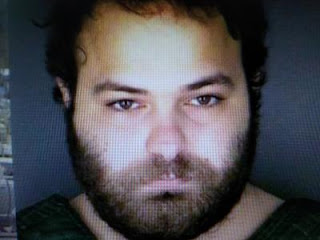 I'm sorry for those who lost their lives at Colorado!

I haven't posted in  couple of days.  But, I heard about another mass shooting in Boulder Colorado.  Instead of jumping right in, I decided to wait and see how the mainstream media handled the story.

True to form the got it wrong!

I've said for a very long time there is no such thing as journalism anymore.  Propaganda is the standard!  Forget about the who, what, where, when and why of a story like the news used to be.  Instead it's all about templates to feed a political agenda.  Based on appearance alone, the MSM reported that the shooter was a white man.  There wasn't any real finding of facts.  The MSM saw a white face, that's it!

The shooter turn out to be Ahmad Alissa, a Muslim immigrant from Syria who became an American citizen.  And to make it worse for the media, he's a Leftist.

That totally blew the template the MSM was dying to report to the world that the shooter was a white supremacist.

So it's no wonder why most Americans don't trust the media because they lie all the time.  What happened in Boulder was horrific.  But, in my opinion the reporting of it by the media was just as bad!