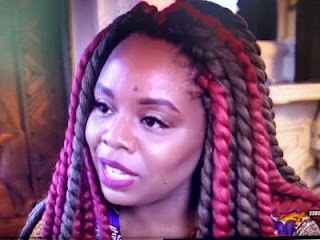 Given the opportunity Patrisse Cullors is not about to live in the 'hood.  No way!

This data point about how she is living pretty much shows how BLM is a fraud.  It's a scam organization that doesn’t help black people AT ALL.  They're a different package of the same old game Jessie Jackson and Al Sharpton were known for.  Slaking down corporate America to avoid boycotts of their businesses.  BLM collects the cash, none of it goes to distressed black areas, and Patrisse Cullors buys a million dollar home for herself.  It's pretty much grand larceny done in the open for all to see.

The home is described in the real estate listing as having 'a vast great room with vaulted and beamed ceilings'.