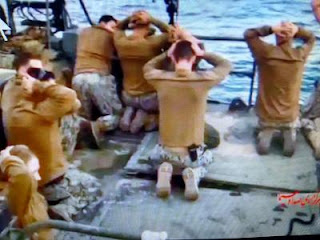 If there's one regret I have about the Trump administration was that we did not inflict retribution against Iran for humiliating our Navy during the Obama regime.

While officials said it was too early to discern the exact motivation of the Iranian forces, they have said that generally in the past such incidents are carried out by local commanders rather than directed by senior Iranian leaders.