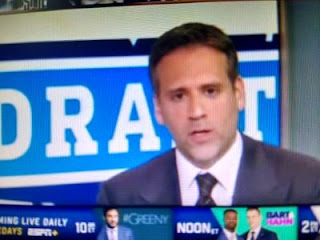 And this is why ESPN's ratings have gone into the toilet.

Fox News reports the NFL Draft is expected to feature a historic run on quarterbacks on Thursday night when the first round officially kicks off.

When discussing White and Black quarterbacks on Tuesday, ESPN’s Max Kellerman took issue with the notion that the stock of a Black quarterback falls before the draft, specifically citing the rumors that Fields may not be a top one or two pick.