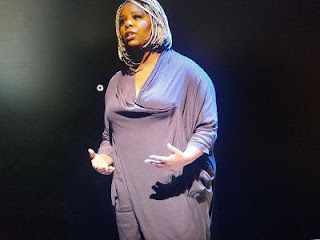 But she's keeping all the property she bought, right?  This really isn’t a resignation because  Patrisse Cullors never had a real job in the first place.

BLM is nothing but a money grab.  Duping corporate America the same kind of money shakedowns Jessie Jackson and Al sharptoin use to run and still do.

New York Post reports the embattled co-founder of Black Lives Matter announced on Thursday that she’s resigning as executive director amid criticism over her lavish lifestyle.

Patrisse Cullors, 37 — who has been at the helm of the Black Lives Matter Global Network Foundation for nearly six years — said she is leaving to focus on a book and TV deal.

Her last day with the foundation is Friday.

“I’ve created the infrastructure and the support, and the necessary bones and foundation, so that I can leave,” Cullors said. “It feels like the time is right.”