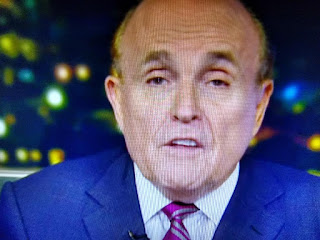 So the mainstream media gets caught out there again?  This happens all the time.

They come up with flashing headlines to screw Republicans, conservatives, or other perceived enemies only to have to restrict their stories.  But, the damage is already done.  And the MSM knows that too.  This raid by the FBI is most definitely politically motivated.  Again, shame on former AG William Barr and FBI Director Wray dor not doing a damn thing to clean up FBI corruption which still exists today.

NY Post reports the New York Times, Washington Post and NBC News all issued retractions Saturday for their coverage of Rudy Giuliani following a raid of his Manhattan apartment by the FBI.

The Times appended their correction to a story about the role Giuliani may have played in the 2019 recall of ambassador Marie L. Yovanovitch and whether he received a warning from the FBI about Russian disinformation.

“An earlier version of this article misstated whether Rudolph W. Giuliani received a formal warning from the F.B.I. about Russian disinformation. Mr. Giuliani did not receive such a so-called defensive briefing,” The Times wrote Saturday in a note attached to the piece.

Where did the original false information come from?

@MSNBC @CNN @nytimes I couldn’t quite hear your apology? https://t.co/UBL3OJrOhp