Woke Idiots on parade: Portland struggling to find cops for revamped gun-crime squad that was defunded 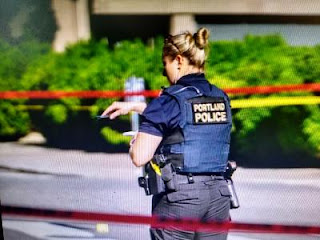 Progressive government is destroying EVERY major city run by Democrats!

NY Post reports Portland is struggling to find cops to fill a newly revamped gun-violence squad that was scrapped in its fervent woke push to defund the police at the height of Black Lives Matter protests, a union leader has revealed.

The Oregon unit had been “a model in the nation” at “taking guns of the street, taking people who are committing those shootings off the streets,” he said.