The beginning of the end: Boy Scouts Will Accept Girls 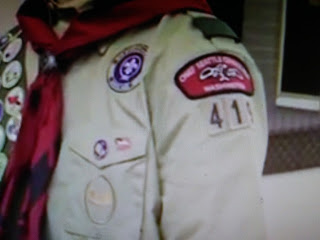 I don't care what the official story is, the Boys Scouts as a cherished American institution based on traditional Christian values began its fall into oblivion the day they allowed Gays to join.
As I predicted, there was no reason for families who reflected those values to send their sons to an organization that has turned their back on them.  Letting girls join won't stop the decline and it's very sad to see.


NY Times reports the Boy Scouts of America announced plans on Wednesday to accept girls, marking a historic shift for the century-old organization.

The group cited the desire to nurture female leaders as a reason for the decision, pitting it against the Girl Scouts of the U.S.A., which operates under a similar mission.

“We strive to bring what our organization does best — developing character and leadership for young people — to as many families and youth as possible as we help shape the next generation of leaders,” said Michael Surbaugh, the group’s chief scout executive.

Starting next year, girls will be allowed into the Cub Scout program, which had been limited to boys either in the first through fifth grades or between the ages of 7 and 10. A separate program for older girls will be announced next year and is expected to be available in 2019.