The Trump Effect: North Korea willing to give up its nuclear weapons 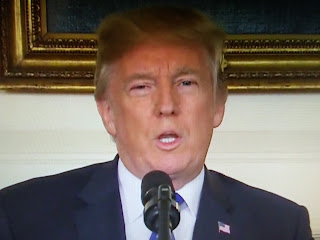 Although the corrupt media won't acknowledge it, Trump's strong position of nuclear annihilation upon North Korea is most defiantly getting this result.
No other president in the past ever came close to be this forceful with North Korea.


NY Post reports North Korean leader Kim Jong Un has told the South that he is willing to begin talks with the US on abandoning its nuclear weapons and that he would suspend all weapons tests during negotiations, according to reports.

Chung said the summit between Kim and President Moon Jae-in would be held in the demilitarized zone between the two Koreas, which also would open a communication hotline, according to CNN.
“The North Korean side clearly stated its willingness to denuclearize,” according to a statement by Moon’s office, the New York Times reported.