Sessions Punches Back: DOJ to Sue California to Strike Down ‘Sanctuary’ Laws as Unconstitutional 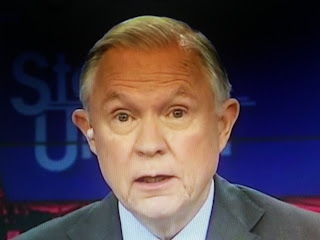 It's about time Jeff Sessions got his butt in gear.
He's been entirely too passive as attorney general.

Relying on both federal statutes and the U.S. Constitution’s Supremacy Clause, DOJ will ask the U.S. District Court for the District of Eastern California to issue a preliminary injunction blocking the enforcement of these laws intended to protect illegal aliens by preventing cooperation with federal immigration enforcement. DOJ will also seek declaratory judgement that these laws are unconstitutional – “preempted” by federal immigration law – when it files late Tuesday night.